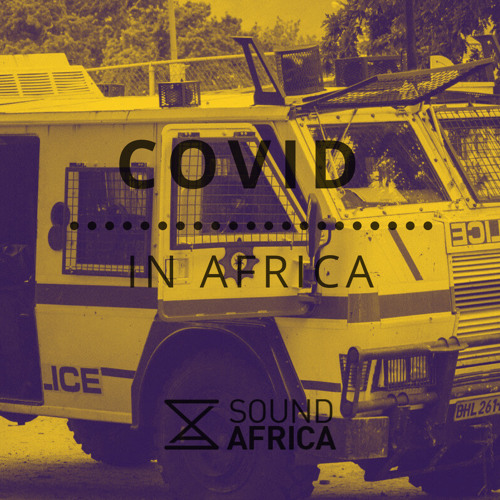 Founded in 2015, SOUND AFRICA is a podcast that aims to capture some of the dizzying complexity of South Africa and the continent.
It is the brainchild of a group of dedicated journalists who saw a need for innovative, informed, and in-depth coverage of the world’s second most populous continent, told in ways that are creative and accessible, and through a rapidly expanding new medium.
Podcasting is a new frontier in journalism, and as more and more people are connected to the internet across Africa there is growing potential for podcasts to transform the media landscape.
Huge gaps are waiting to be filled in the way Africa’s stories are told across the continent and abroad, and Sound Africa is playing its part in filling these gaps. We’re a homegrown media organisation producing original content that is able to upend the weary old clichés we’ve become accustomed to in the coverage of Africa. We seek out the untold and obscure, go beyond surface-level coverage of big events, and shed light on matters of public interest without losing sight of the human interest. In doing so we aim to amplify African voices through the power of digital audio and the internet.
Podcasting enables us to do a lot with a little, to tell powerful and compelling stories that reach international audiences. We’re at the forefront of the podcast medium in South Africa, and we aim to foster a greater appreciation for podcasts. Which is why we not only produce high quality content but are also the creators of South Africa’s first Radio Cinema.
We’ve also begun a training programme for storytellers and aspiring journalists, which we plan to expand through regular training workshops.Meanwhile our network of contributors and media partners continues to spread.

Power Of The Streets Episode 08

By engaging with politics, citizens can demand justice and good governance from their governments and leaders. But women political activists face uniq…
Play

Power Of The Streets Episode 07

Student leader Ruth Yitbarek wants more Ethiopian women to understand their rights and speak up for themselves. She speaks about the Yellow Movement t…
Play

Power Of The Streets Episode 06

How do you prove that the home you fled was unsafe, if you could never report the violence you faced there? Thomars Shamuyarira is a Zimbabwean migran…
Play

Power Of The Streets Episode 05

What’s it like being a vocal African woman online? Entrepreneur Carol Ndosi discusses the importance of women’s voices on the internet in Tanzania…
Play

Power Of The Street Episode 4

It’s not easy standing up to the most powerful man in the country, but that is what Toufah Jallow did when she accused Gambia’s former president Y…
Play

Power of The Street Episode 3

Ugandan writer Rosebell Kagumire edits an African feminist blog. She discusses the importance of curating these voices and how allies with large platf…
Play

Power of the Street Episode 2

As a young girl, when Lusungu Kalanga saw inequalities in her community, she didn’t have a language for it. Today, she creates safe spaces for girls…
Play

Power Of The Street Episode 1

Visual storyteller Kiki Mordi produced an award-winning documentary about sex for grades in Nigerian and Ghanaian universities. As part of a feminist…
Play

Naked Protest: Public nakedness has been documented as a means of political protest worldwide in vastly different cultural contexts. We explore naked…
Play